The disruptive power of 'why?'

News | Leadership
Back to blog

This article first appeared in The HR World, September 2021.

Disruption - a business buzzword that became a part of all our lives during the pandemic. Having already presumed we were living in an unpredictable world, the last 18 months took it to the next level. 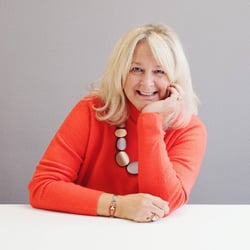 So, what if the word is in your actual job title? Meet Alison Keeling, Director of Disruption for one of the UK’s leading ATS providers Jobtrain.

In the corporate sphere this position is often known as Chief Disruption Officer (or CDO) and they are becoming a more frequent sight, but what does it take and what are the outcomes?

We spoke to Alison about her daily role and the impact she’s seen in asking the questions everyone else is afraid to ask.

The HR World (HRW): Alison, tell us a bit about your background first – how did you start out in your career?

Alison Keeling (AK): I started life as a recruiter and went on to become a headhunter. My husband and I went on to complete an MBO to take over a successful headhunting business working with some interesting big clients like Kellogg's and SmithKline Beecham (as it was then). They were undertaking serious graduate recruitment, which was challenging and at times overpowering. Back then there were no mobile phones, no wide-spread use of the internet, so we decided to create a piece of technology to help. Jobtrain was born.

HRW: How did you go from being founder to Director of Disruption?

AK: I was still working as a headhunter and we were all out running the business, too, which became exhausting. Chris, my husband and business partner, said, ‘Look just step away”, so we wound that business down to focus purely on Jobtrain. I moved into the sidelines a bit, becoming a natural observer of what was going on. The ‘trouble’ is that my mantra is ‘can I just ask’? so I was probably a bit of a natural disruptor from the beginning.

I have the perspective of wondering, ‘if I were a client, what would I be looking for?’, ‘How would this help me?’ So, there was that sounding board to begin with. And then, as Jobtrain started to get bigger, my sounding board got larger we made the role formal.

HRW: So, what exactly do you do in your role?

AK: It is a good question! I don't have any functional responsibility but cover a lot of ground. I'm as likely to disrupt a development team as I am the marketing team or customer services. The key thing is really listening as an independent observer. I'll hear something and just go in and sometimes say, how's it going? What's happening? What's good? What's bad? How's that? This then produces ideas and facilitates discussion that leads to innovation and solutions.

HRW: Did you find any challenges to the position when it first came about?

AK: Well, people did potentially think I was there to criticise at first. It can be quite threatening when someone comes into your professional space and studies what you are doing then asks why! There are significant issues with what I see as ‘functional silos’ where what you hear is that people are doing things in a specific way because that is what has always just been done – this is the worst thing I think you can hear in a business ‘if it ain’t broke don’t fix it’ kind of mentality. So, we had to set some cultural values around it and actually just being consistent, kind and open with people meant that me being around asking questions became quite normal – which then becomes part of our business mindset.

We are incredibly lucky at Jobtrain to have had people who have been with us for a long time, so me being one of the founders also meant I had some leverage in terms of trust and positioning. I think it would be harder for someone who was not senior to be in this role.

HRW: Do you think there is also a ‘type’ of person that suits this role?

AK: Yes, definitely. Being a headhunter is basically being super inquisitive, asking why? What? Who? How? And you develop that as a mindset not just in work but in life. I read weird and wonderful things so if you were to look at the search function on my Google account, I've got a pretty odd history of things that I look at. As my role in Jobtrain evolved, I would be the one sitting in the management meetings and increasingly asking questions.

It became obvious that having someone in the room holding a mirror up was going to be useful. Being passionate is important because sometimes you need to be strong. While I think I am easy going and approachable, if I'm passionate about something, I'm like a lioness. I will scrap for it.

HRW: What are the main outcomes you’ve seen from having a Director of Disruption in your business?

AK: The main things have been being able to set our teams free from any preconceptions and develop innovative solutions for our clients. But it has made our business more robust. This means we communicate with more articulation and passion with our clients and can become an extension of their business. They know we are on this journey and that our thinking is all about how do we make their lives better? What problems are we really solving for them?

A core outcome of this has gone on to create a data report and education programme around how to read the information they are being given from our system. Called Talent Intelligence, it’s already creating huge savings and insights for our clients and is now a major new pillar of our business.