Furlough is ending - what does that mean for the job market?

Are you ready for furlough ending?

As the nation begins to open up again and a return to normality is now on the horizon, what does this mean for the ever-present furlough scheme that has been the topic of much debate for the last 18 months?

Let’s have a look at the most recent furlough figures below up to the 30th of June.

From September 2021, the government will pay 60% instead of 80%. By making it more expensive for employers, the hope is that they take on their staff full time again.

The Institute for Fiscal Studies says the bill for employers keeping a member of staff on furlough will rise from £155 per month in June, to £322 in July and £489 in August and September.

According to analysis from the New Economics Foundation (NEF), once the furlough scheme ends, a further 850,000 jobs could be put at risk of becoming redundant or seeing a reduction in hours or pay.

But will it really?

ONS data in August showed vacancies hitting a record 1 million in the UK, and employees on payroll will still be down 201,000 compared to before the pandemic. 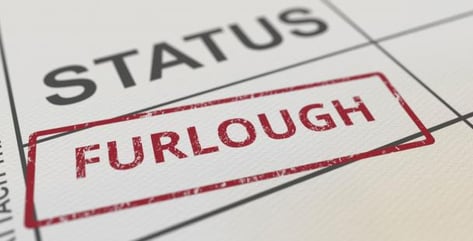 So what impact will this have on the job market exactly?

Understandably, with so many vacancies available it can be argued furlough is clogging up the job market and needs to be ended sooner rather than later.

The reluctance to return to work from furlough, may be due to some on furlough undertaking second jobs in sectors like food retail that boomed in the pandemic.

Food retail may then suffer an exodus of some staff, whilst the struggling hospitality, Leisure and Retail sectors may find workers returning and recruiting becomes easier.

So perhaps the answer is large-scale musical chairs.

The data in our recruitment software, used across all sectors in the UK, shows in the last 3 months the most common reason for recruitment is ‘replacement’, indicating that employees are starting to leave to move to other jobs.

Is this better sectors or better employers, be that wages, opportunities or conditions?

After all, a report of a Prudential survey in The Economist warned that 42% of surveyed works said they would resign if forced back to full time office-based working.

What does furlough ending mean for unemployment?

We've seen that 44% of vacancies are filled by internal candidates. So it seems businesses are spreading responsibilities across their current teams, rather than bring new blood into the company.

Our data also tells us that 25% of candidates are seeking employment due to being unemployed or about to be unemployed. So it does show that yes, some sectors or specific employers are needing to let people go, but they are clearly the minority of candidates, and there are a lot of vacancies for them.

While the statistics we have gathered point to a positive and encouraging end to furlough, we will only truly know the impact when it finishes at the end of this month. October will be a key month in the furlough scheme timeline when it comes to assessing the end impact. Recent data suggests not as many redundancies have occurred as expected, but we must be wary of this being a true reflection of how many are to come.

As we move into Autumn and Winter, will we see another big spike in COVID cases? Will we see another nationwide lockdown? These are not out of the question scenarios and would incur a huge impact on the job market and potentially the furlough scheme if re-introduced.

This article was written by Cormac Riddell in our Talent Intelligence Unit, which has been created as a specialist division for organisations to analyse and improve their talent strategy.
If you don’t know where you can improve, we'll help!